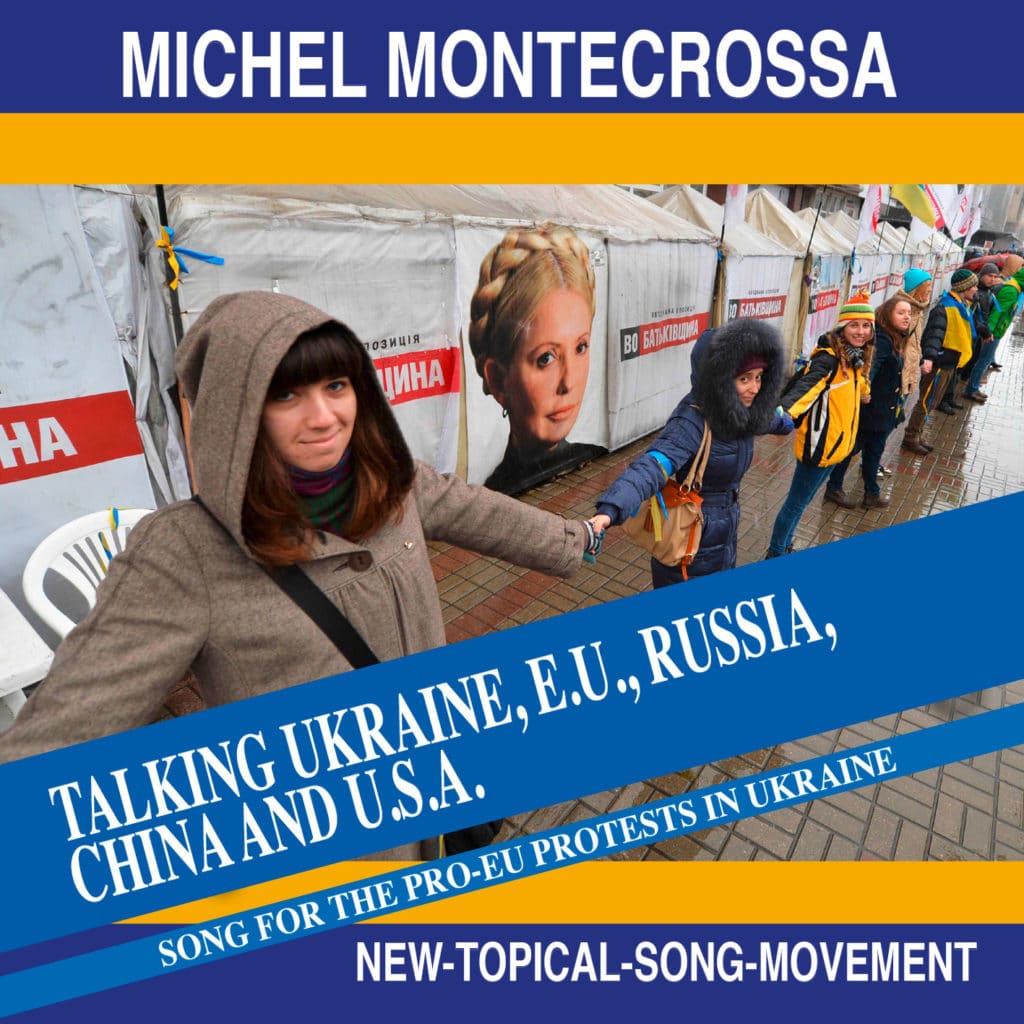 Michel Montecrossa says:
“I wrote the New-Topical-Song ‘Talking Ukraine, E.U., Russia, China And U.S.A.’ at the time of the protests in Ukraine for a E.U. deal and thought:
At certain periods the whole terrestrial life seems to pass miraculously through stages which, at other times, it would take thousands of years to traverse.
This song is a strong call to Vladimir Putin to support the Ukraine – E.U. deal as a most important step toward a grand style Eurasian Trade Union joining the E.U. – U.S.A. Trade Union through good statesmanship treaties, bringing together Ukraine, E.U., Russia, China and the U.S.A. in a Supertrade Union for a spectacular step on the way to the United States of Planet Earth.”

The people of Ukraine raise their voice,
the European Union they want to join.
With dependence on Russian gas-fields
it’s Putin’s hour, I say, to take a stand.

A stand for the people of the Ukraine
by supporting their wish for an E.U. deal
as a jump start for the Eurasian-American Trade Union
uniting Ukraine, E.U., Russia, China and the U.S.A.

It’s now the period for global life
to pass through powerful progress stages.
A butterfly effect, I say, is close at hand
uniting earth’s power nations
through treaties as friends.

It’s Putin’s hour for boosting change
toward Eurasian-American Supertrade.
The stand-off in Ukraine will change the game.
Ukraine is Putin’s hour, I say, for the best thing.