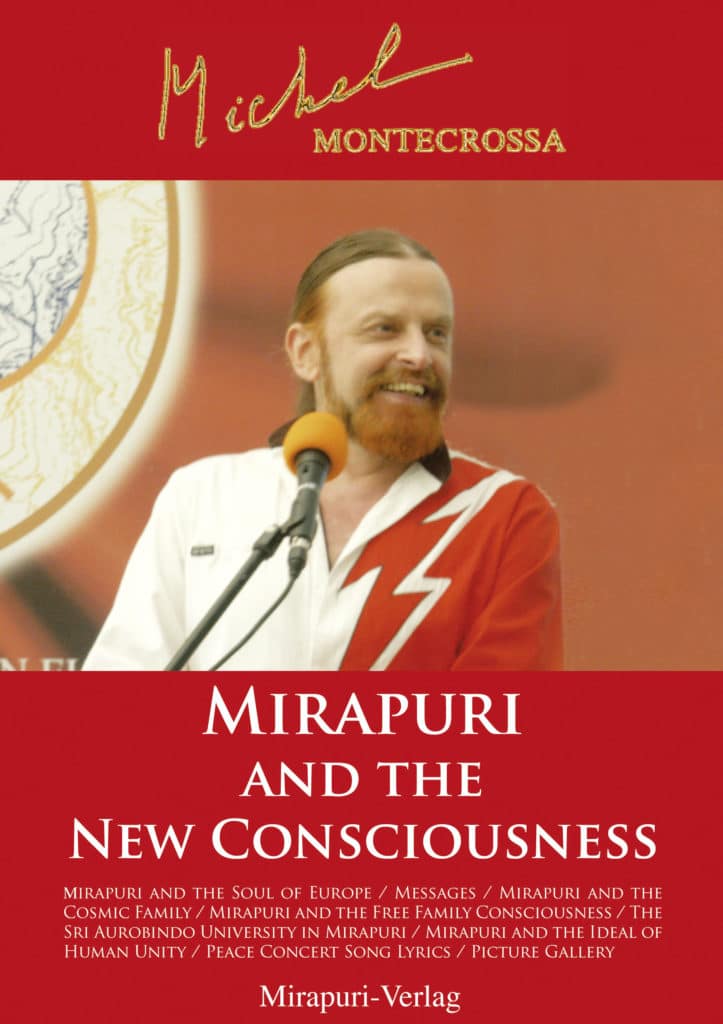 Michel Montecrossa, the founder of Mirapuri – the City of Peace and Futureman in Europe, Italy is the author of ‘Mirapuri And The New Consciousness’ presenting with this book a strong outlook on Mirapuri and the Soul of Europe as well as Mirapuri’s New Consciousness and New World approach to community life and a fascinating perspective for the future family life in the context of consciousness-expansion and a future oriented nonrestrictive outlook on education.
Michel Montecrossa in this context also presents the vision and the way of realization of the Sri Aurobindo University in Mirapuri as a Free Consciousness Research University.
The Future World cannot be understood through oldfashioned views. A new feeling of life based on a New Consciousness approach is shown as the entry door to a new way of experiencing family and ever expanding global understanding leading to the fulfillment of the Ideal of Human Unity.
Michel Montecrossa’s essays in this book are based on lectures he gave during the Mirapuri World Peace Festivals that take place every year in Mirapuri where he also sings his songs together with his band. The concluding part of the book presents a collection of Michel Montecrossa songs from the Mirapuri World Peace Festival 2006 and a picture gallery from Mirapuri.
The life and becoming of Mirapuri already is a microcosmos making real the vision described by Michel Montecrossa of a Cosmic Family imbedded as a Free Family in the Ideal of Human Unity.
‘MIRAPURI AND THE NEW CONSCIOUSNESS’ is a boldly forward-looking book by Europe’s most important Consciousness-Researcher and Spiritual Realist.