The House Of Time, Part One – Every Moment 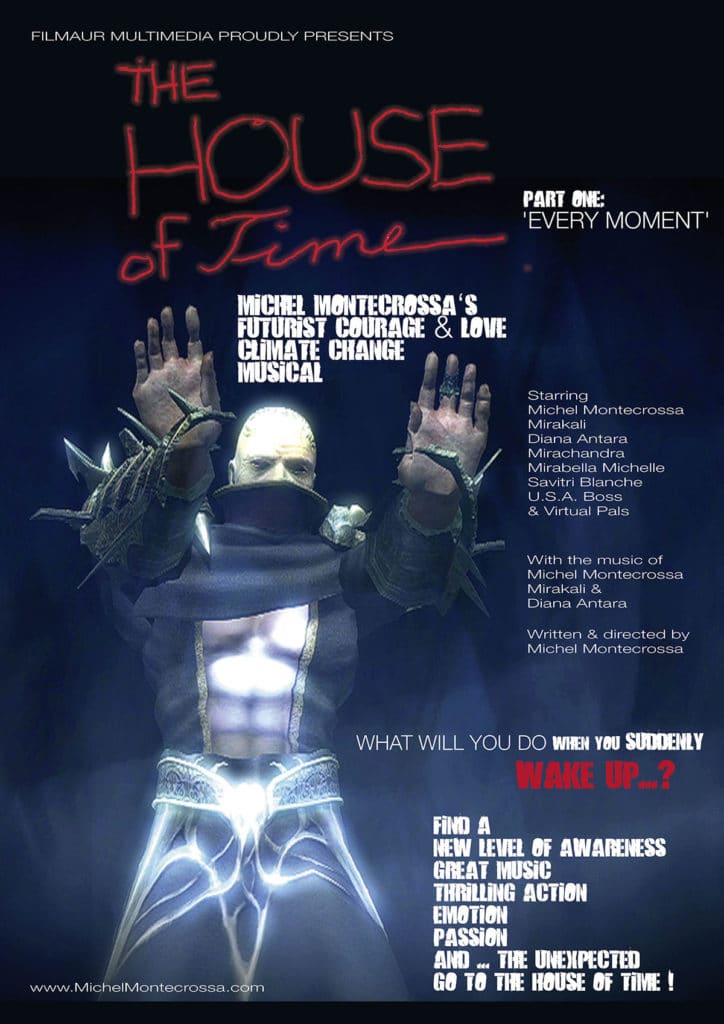 The House Of Time: a visionary sci-fi CG action thriller moving between earth and unbelievable sky-city.
The House Of Time: a fullstream consciousness movie about the growth and victory of Cyberwarrior Michel and his avatar Mike in a changing terrestrial and marsian world.
The futurist love-story of Cyberwarrior Michel, his soul- and dreamgirls Mystery, Hazel, and the mysterious Lady from the Sun.
Reality passion in cyberworld.
Virtual body and organic body love-making touching the secret of the timebody.
Good and evil transcended.
The story of Cyberwarrior Michel becoming champ & stream of consciousness musician. Together with his girls Mystery and Hazel and virtuality friends he is bringing courage and love power-music into the multidimensional, organic world of humanitarian, economical and ecological crisis.
Michel, Mystery and Hazel know how to freely move in time.
They know how to change everything.
The House Of Time: great music, thrilling action, emotion, passion and … the unexpected.
Find a new level of awareness – go to the House Of Time!
The House Of Time: a free consciousness-stream music-movie.

MICHEL MONTECROSSA ON HIS COURAGE & LOVE CLIMATE CHANGE MUSICAL
‘THE HOUSE OF TIME – PART I: EVERY MOMENT’