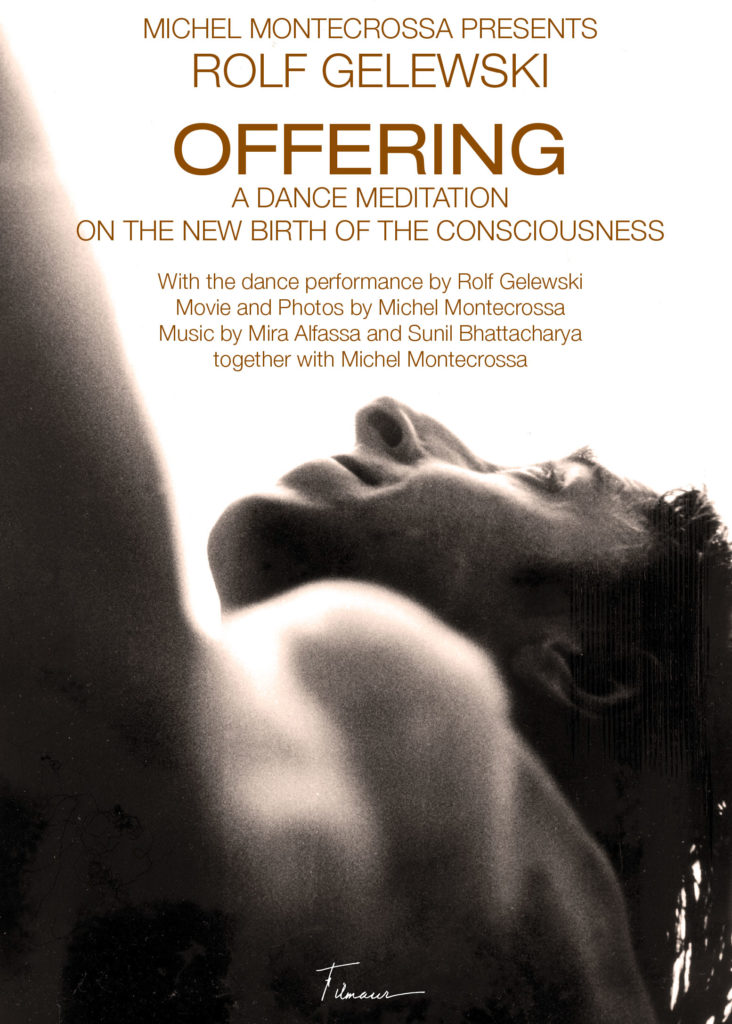 Michel Montecrossa about the Movie ‘Offering‘:
“The movie ‘Offering‘ was made by me together with the great spiritual dancer Rolf Gelewski.
It is a contemplative Stream-Of-Consciousness Movie following the expressive innerness of Rolf Gelewski’s unique style of body movements revealing the New Consciousness movements of his soul.
I became a friend of Rolf Gelewski on a profound artistic level of understanding and we discovered that our Stream-Of-Consciousness and New Consciousness approach were very similar. My fields of art expression are music, painting, writing and movie making and all these expressions could easily get in tune with Rolf Gelewski’s art of visualizing the inner truth of things through dance.
On that basis of mutual artistic understanding we created together with a musician friend the ‘Offering‘ Movie as a modern approach to spiritual awareness.
Rolf Gelewski developed and performed the moves and the Stream of Body-Consciousness-Expression according to his unique vision. I followed this stream with my camera and synchronized the scenes with the music of Sunil Bhattacharya, an Indian electronica meditation musician for whom I worked as co-composer, producer and guitarist. The intro of this music was originally played by Mira Alfassa.
The movie then was completed in the Filmaur Multimedia Studios in Miravillage, Germany and Mirapuri, Italy and is now a timeless Art Movie of innerness and spiritual truth giving the joy of the esthetics of Beauty, Peace and Enlightenment.“