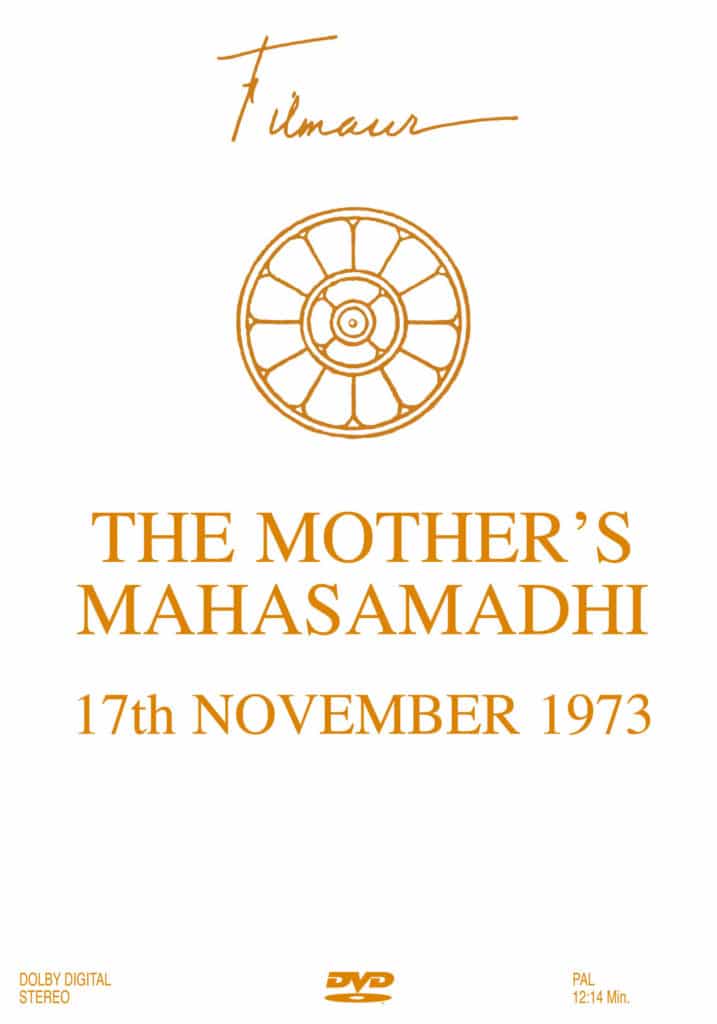 In September 1973 The Mother told her son Andrè that she will leave her body.
On 17th November 1973 at 7:25 in the eventing The Mother took the final plunge.
At 2 o’clock in the morning of the 18th November her body was taken from her room to the meditation area downstairs.
At that time Victor Jauhar made some film sequences of The Mother’s body.
On 20th November 1973 he also documented the Samadhi ceremony.
The filmmaterial was restored and edited by Michel Montecrossa.
Musicpassages by Sunil Bhattacharya.

During the movie The Mother recites a passage from Sri Aurobindo’s Thoughts and Glimpse:
“Death is the question nature puts continually to life and her reminder to it that is has not yet found itself.
If there were no siege of death, the creature would be bound for ever in the form of an imperfect living. Pursued by death she awakes to the idea of perfect life and seeks out its means and its possibility.”