Mirapuri - The City of Peace and Futureman in Europe, Italy and Miravillage, its first satellite in Germany 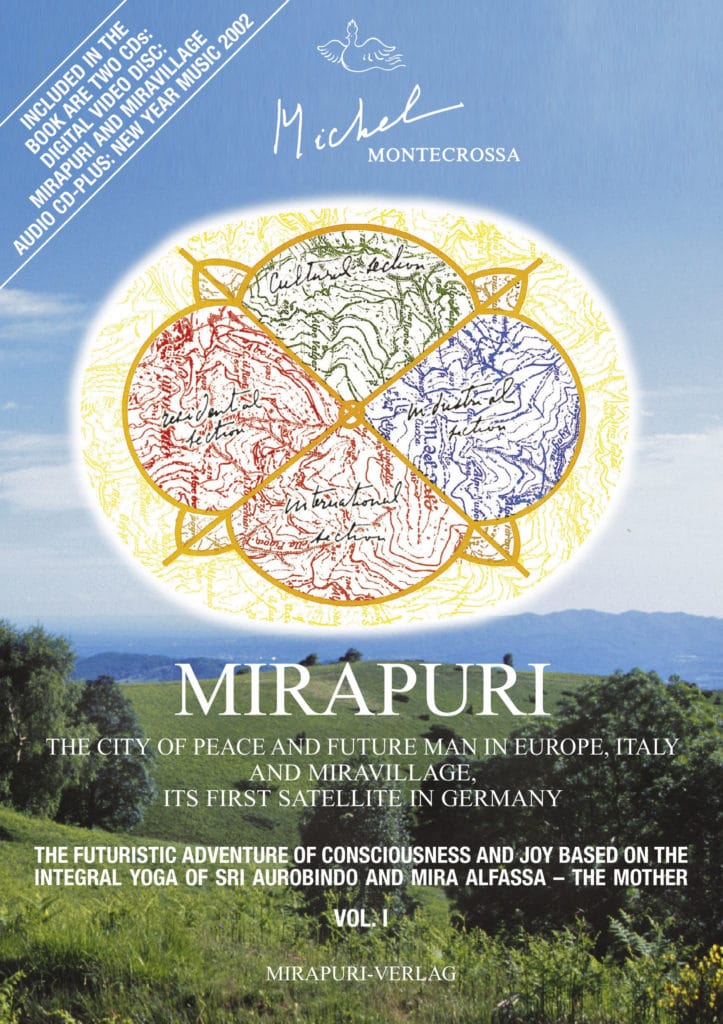 Mirapuri, the City of Peace and Future Man in Europe, Italy, and its first satellite Miravillage in South Germany are based on the work of Sri Aurobindo and Mira Alfassa – The Mother and their Ideals of Peace, Love, Progress, Human Unity and Transformation.
Mirapuri and Miravillage were founded on 15th August 1978 by the musician, cyberartist and futurist Michel Montecrossa on behalf of The Mother.
This Book is the essential introduction into the aim and becoming of Mirapuri and Miravillage and their foundation in the Integral Yoga of Sri Aurobindo and The Mother. The Integral Yoga is a futuristic outlook on man’s possibilities of not only finding his Soul and Spiritual-Cosmic Consciousness but also of achieving a healing of the artificial separation of Spirit and Matter in his mental understanding, and realising instead the union of both in One Reality which is Supramental and able to bring Peace, Love, Progress, Human Unity and the transformation into Future Man to earth.
Mirapuri, the City of Peace and Future Man, and Miravillage, its first satellite are the active expression of this New Consciousness of Transformation and Human Unity. The book gives a comprehensive overview of Mirapuri, Miravillage as well as the biography and the major works of Sri Aurobindo and The Mother with text, pictures, 1 DVD and 1 Audio-CD. The DVD presents a comprehensive documentary-movie on Mirapuri and Miravillage, and the Audio-CD the fascinating Meditationmusic by Michel Montecrossa titled: ‘The World Is Preparing For A Big Change – Will You Help?’.