About Savitri with some Paintings, Vol. II 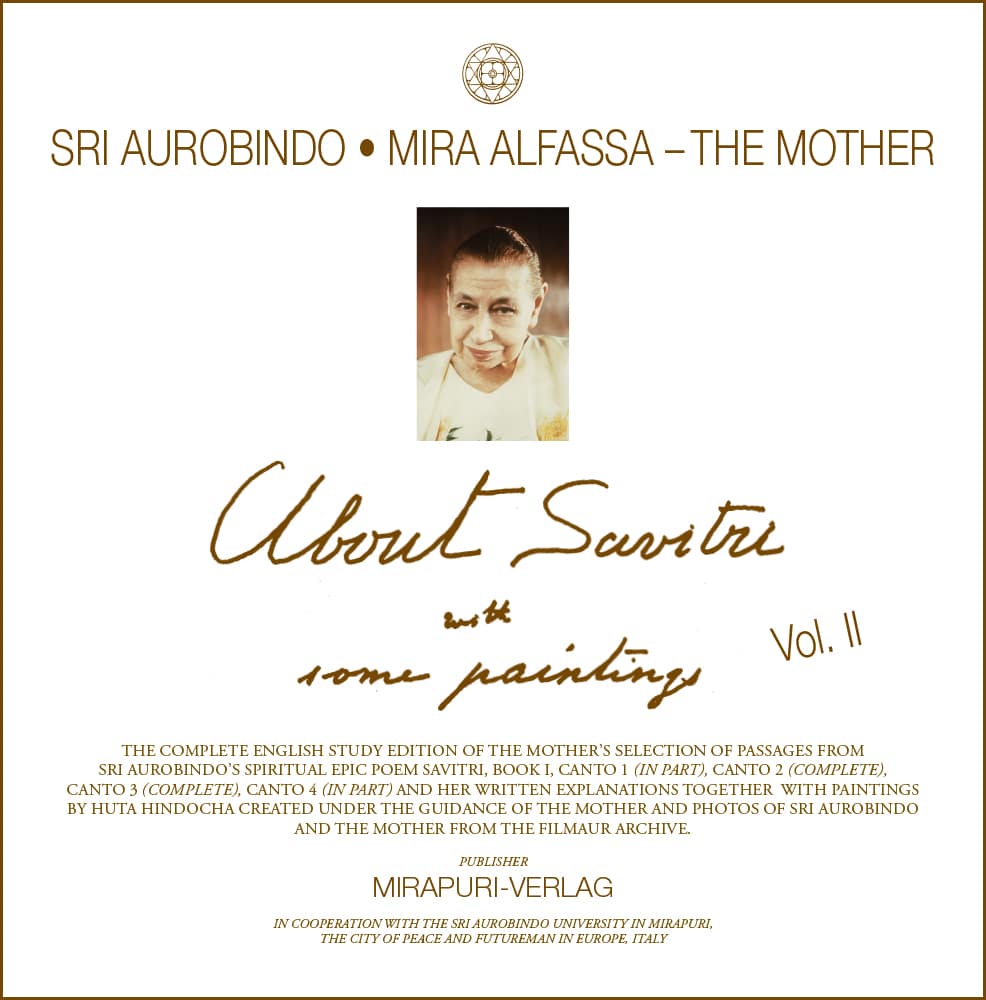 The Complete English Study Edition of the mother’s selection of passages from Sri Aurobindo’s spiritual epic poem Savitri, BOOK I, CANTO 1 (in part), canto 2 (complete), canto 3 (complete), CANTO 4 (in part) and her written Explanations together with Paintings by Huta Hindocha created under the guidance of The Mother and Photos of Sri Aurobindo and The Mother from the Filmaur Archive.