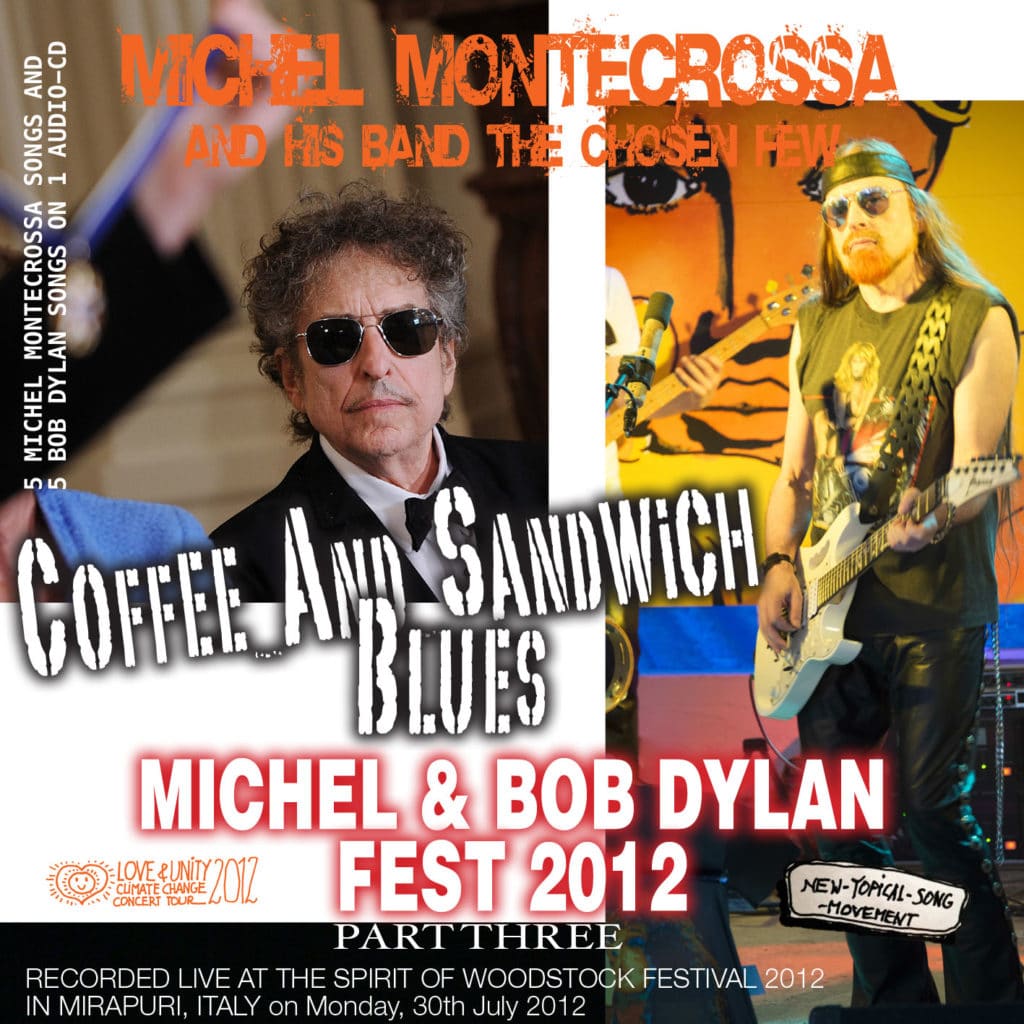 ‘Coffee And Sandwich Blues’ – part three of Michel Montecrossa’s Michel & Bob Dylan Fest 2012 is power with balls on it, no sugar pimp.
The songs: