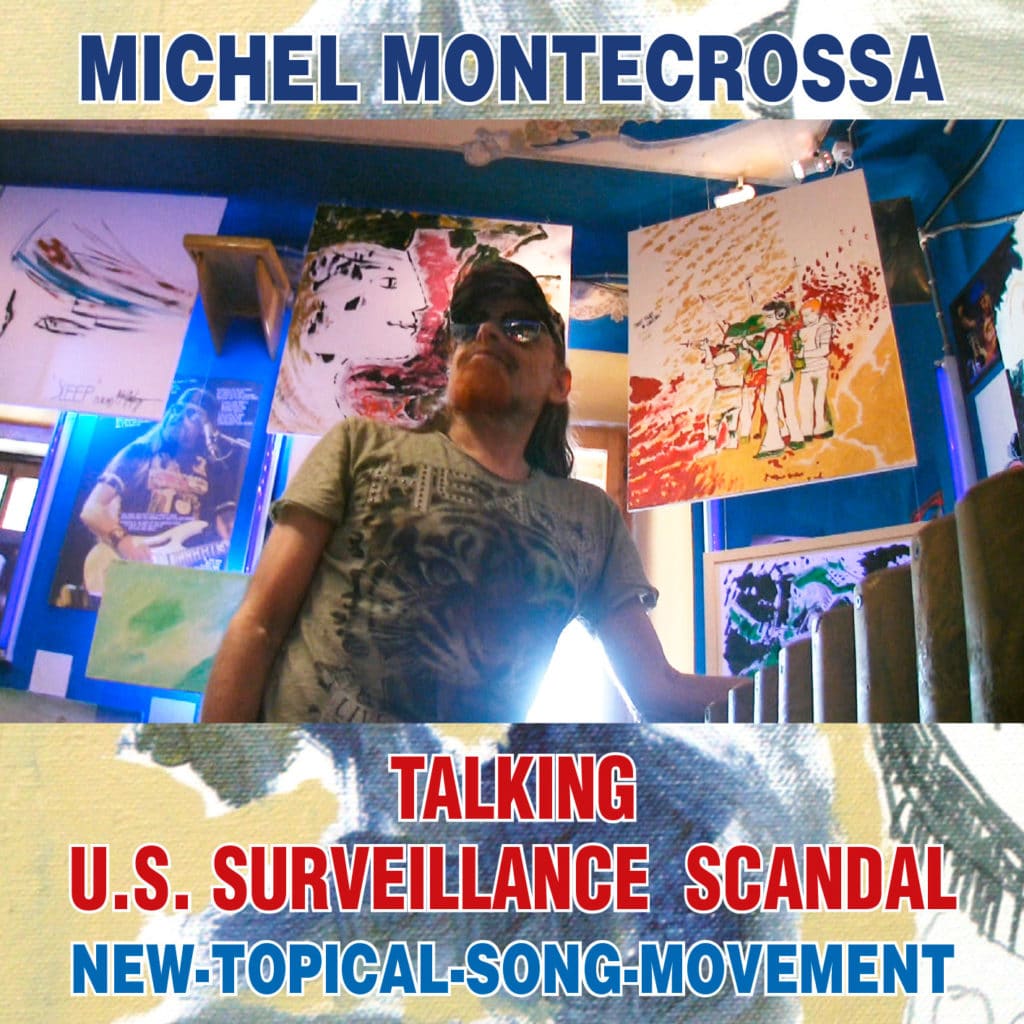 Michel Montecrossa’s New-Topical-Song ‘Talking U.S. Surveillance Scandal‘ is triggered by NSA lawlessness and Whistleblowers like Edward Snowden and Bradley Manning and the urgent need for growing into a new and higher level of political ethics able to create trust and the spirit of cooperation among the nations on the way to Human Unity.

Michel Montecrossa says about ‘Talking U.S. Surveillance Scandal’:
“There is a New Consciousness of Love and Change active on earth. The people all around the globe feel it and want Truth and Sincerity to prevail over polito cynicism and banka greed.
‘Talking U.S. Surveillance Scandal’ is a reminder that only truth-telling will help the nations out of their problems and not distrust, opportunism, lying and cheating. The people don’t want that and the day of irreversible change is nearing bringing the dawn of a United Humanity and a United World.”

Talking U.S. Surveillance Scandal
(No More Lying On The Phone)

Europe – U.S.A., the world‘s biggest
free trade zone: is it going down the drain?

“No more lying on the phone
is the only chance, that‘s for sure, we all know!”

With Edward Snowden and his whistleblowin‘ in the ear
politos know: NSA spying will be here.

‘No spying’ agreement from the U.S.A. they want.
The British already got it. Who’s the next to come?

“No more lying on the phone!
No more doing what is wrong!

No more misleading and acting the fool!
No more cheatin’ and being untrue!”

From radioactive leaks at Fukushima
to religions of nazism to weapons everywhere,
nothin’ will be hidden, nothing disappear,
all the dirt of the world will poison your ear.

“No more lying on the phone!
Only truth-telling so that everyone knows!”

Talking U.S. Surveillance Scandal
is the best scandal for every soul on earth.

From Bradley Manning to Syria war lords:
Now it’s time to stop being at each other’s throats!