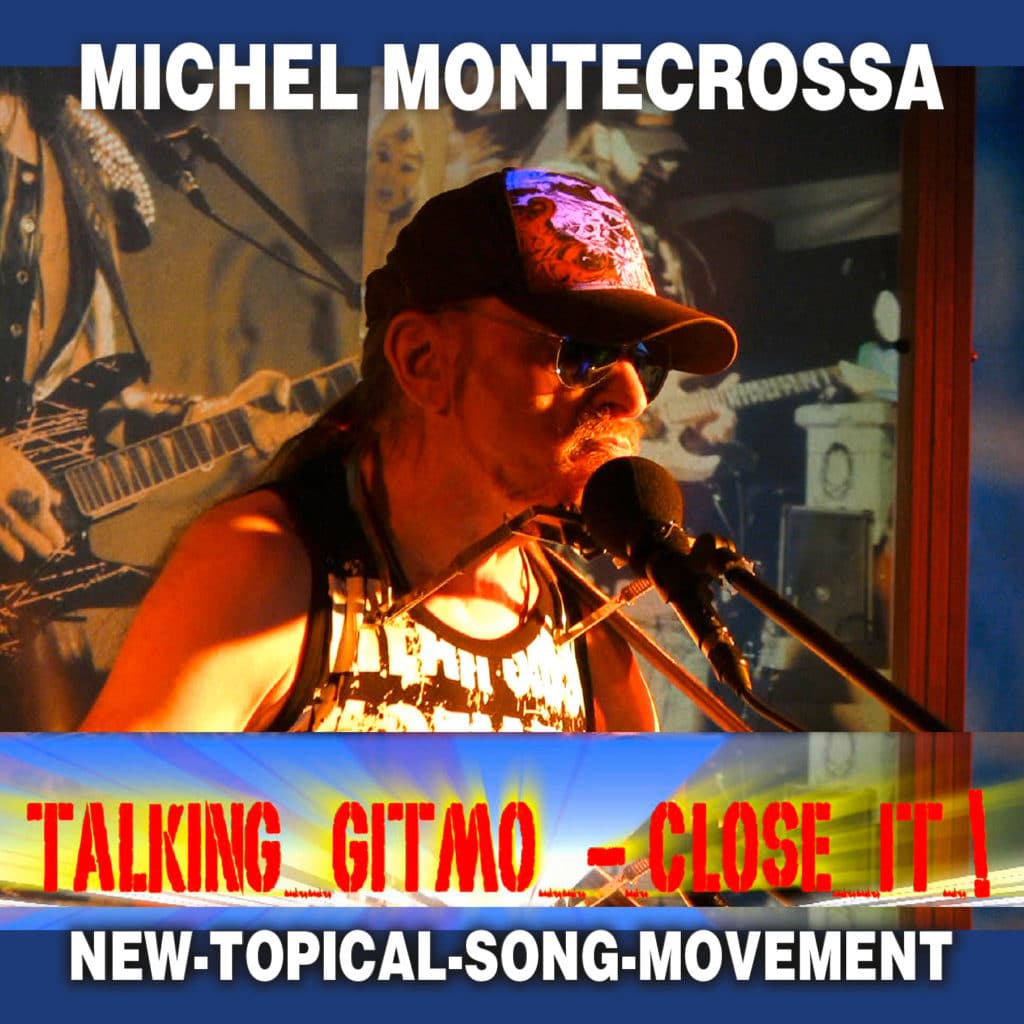 ‘Talking Gitmo – Close It!‘, is Michel Montecrossa’s New-Topical-Song, released by Mira Sound Germany on Audio Single and DVD about Human Values, Civilized USA Government and Guantanamo Bay Detention Camp. It is Michel Montecrossa’s call for wisdom in politics and true statesmanship reaching out to the mind of religions and views of every kind.

There is something in the world you may call divine.
Gitmo ain’t that! It’s hate and it’s pain!
Close it! Be wise! Turn down the hate!
Start to change humanity’s fate!

The United States of America
are great, they can do that.
They can close the past and start
a new path of education smart:

Education leading to more good guys
saving and not destroying lives,
the ethics that reaches out to the mind
of religions and views of every kind

and brings back everybody on the boat
to work together for the common hope
of a united world, free and bold,
relieved from anger’s heavy load.

Be wise and be the soulful type.
Gitmo ain’t that! It’s wrong! It ain’t right!
Close it! Be wise! Bring in the grace!
Start to change humanity’s face!