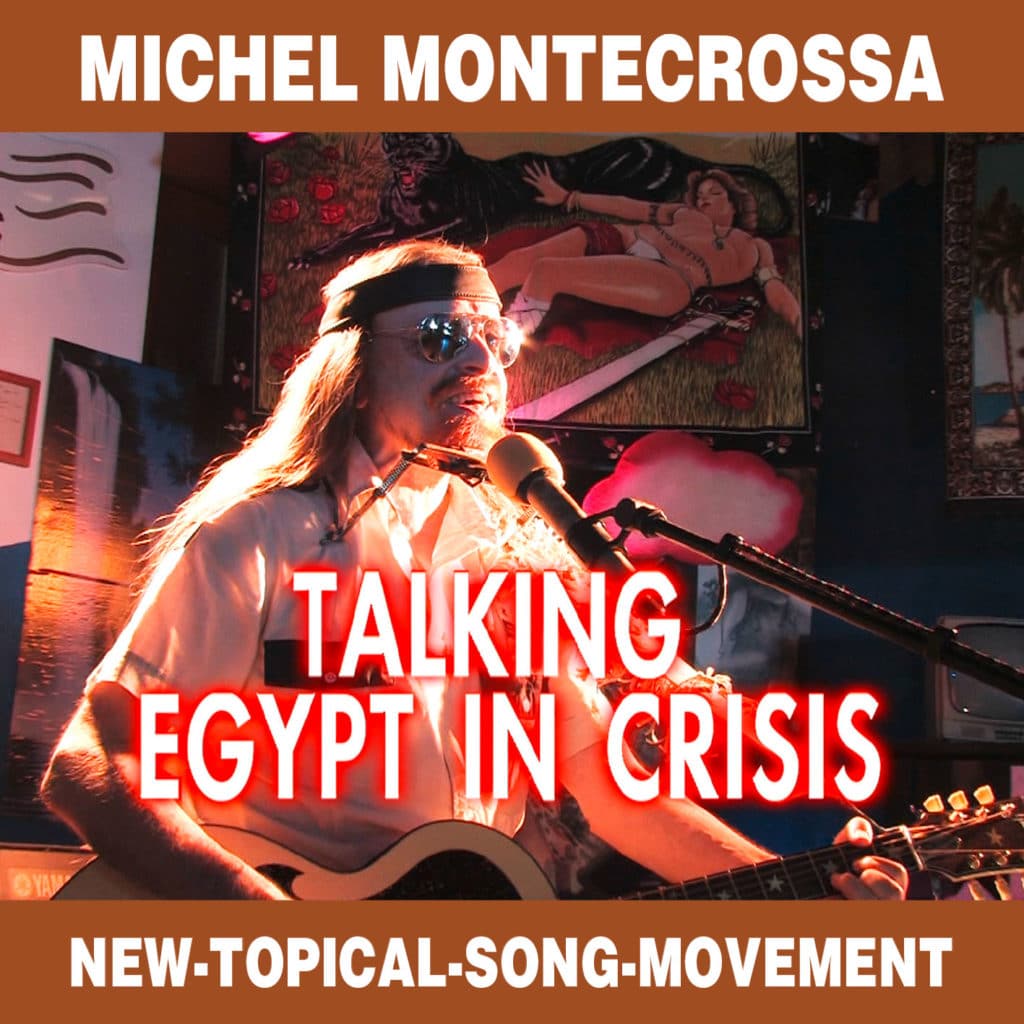 ‘Talking Egypt In Crisis‘ is Michel Montecrossa’s New-Topical-Song, released by Mira Sound Germany on Audio Single and DVD, which he wrote for Egypt at a time of difficult changes and dangerous situations but also at a time of great hope and the realistic chance to find and create a free and progressive future.

Michel Montecrossa says about ‘Talking Egypt in Crisis’:
“In my New-Topical-Song ‘Talking Egypt In Crisis’ I sing for the coming of a new Egypt on the way towards building a truly democratic and open society. The old fascist systems are outdated. Now it’s the time of the young peace and freedom loving people who know what tomorrow means.”

Now for the sake of humanity
it is time for Morsi to step back
from any claim for power,
clearing the way for the new Egypt.

With a new constitution, a new outlook
and a non-fascist future
the hope of Egypt is its social movement
and its world-open Spirit of Freedom and Peace.

The true revolution must come for all:
Liberty‘s Revolution of Equality and Love,
The Revolution of Humanity,
The positive way of Future Building.

For Egypt I hope that Morsi says:
“Stop all violence, I leave the game.“
And I say: “It‘s time for the new to begin,
the New that makes Young Future and Freedom win!“