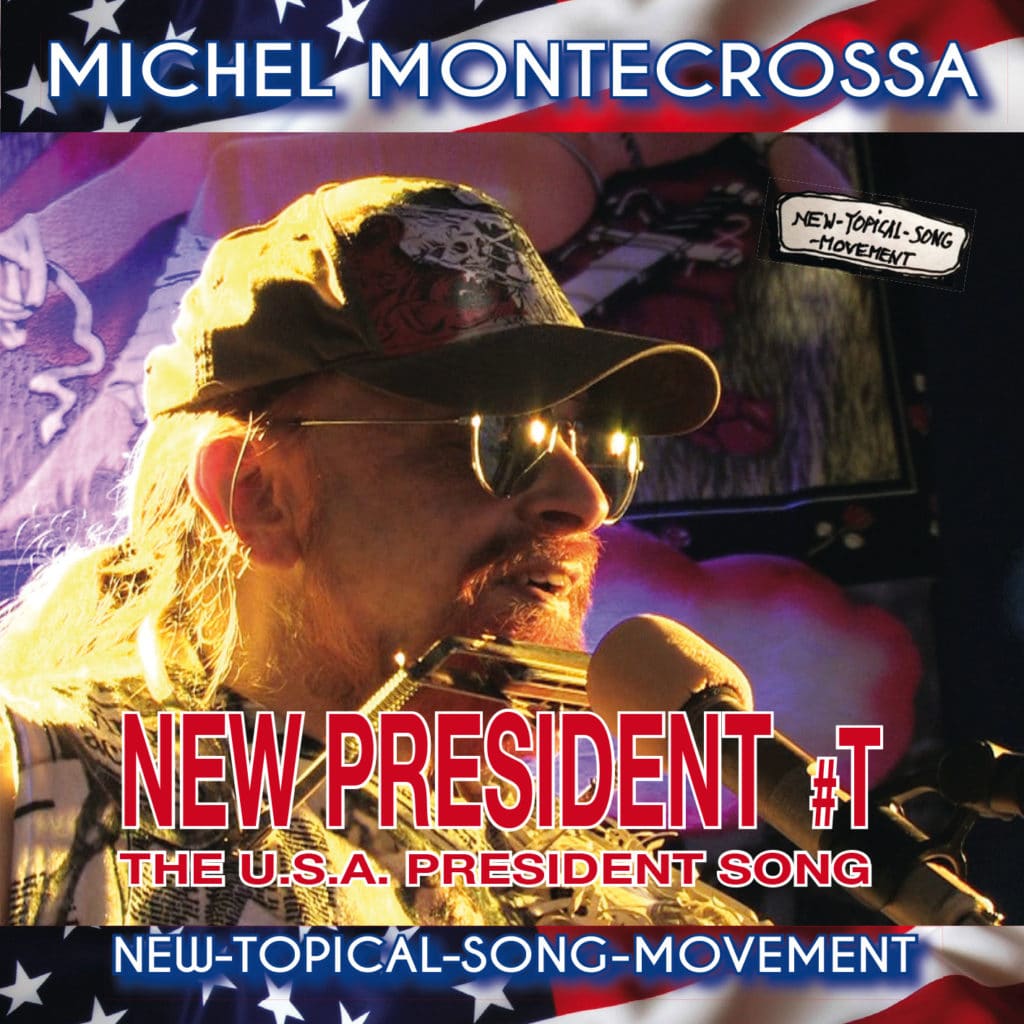 The New-Topical-Song ‘New President #T’, released by Mira Sound Germany on Audio Single, DVD and as Download, is Michel Montecrossa’s USA President Song apropos the Trump Inauguration and Presidency. It is a song looking beyond smallness into the greater meaning of U.S.A. Presidency.

Michel Montecrossa says about his New-Topical-Song ‘New President #T’:
“THE U.S.A. PRESIDENT MUST BE A PERSON WHO IS CONSCIOUS OF THE TRUE DESTINY OF THE U.S.A. TO BE THE LEADER TOWARDS HUMAN UNITY.
THE U.S.A. PRESIDENT MUST BE GOVERNED BY THE WISH TO HELP TO MAKE REAL THIS HIGHEST AND NOBLEST IDEAL OF MANKIND BY TAKING THE LEAD IN THE BUILDING OF THE UNITED STATES OF PLANET EARTH FOR THE GOOD OF ALL.
THEN THE WAY IS OPEN FOR CREATING LASTING PEACE, PROGRESS AND HAPPINESS ON EARTH.”

One President there is
almost no one knows,
looking after all the things
human and more.

Don’t be another fool
believing himself to be someone
without really knowing the one:
Don’t be such a fool.

Don’t be another President
but be the true one
telling truth, bringing peace,
working for World Union on this Earth.