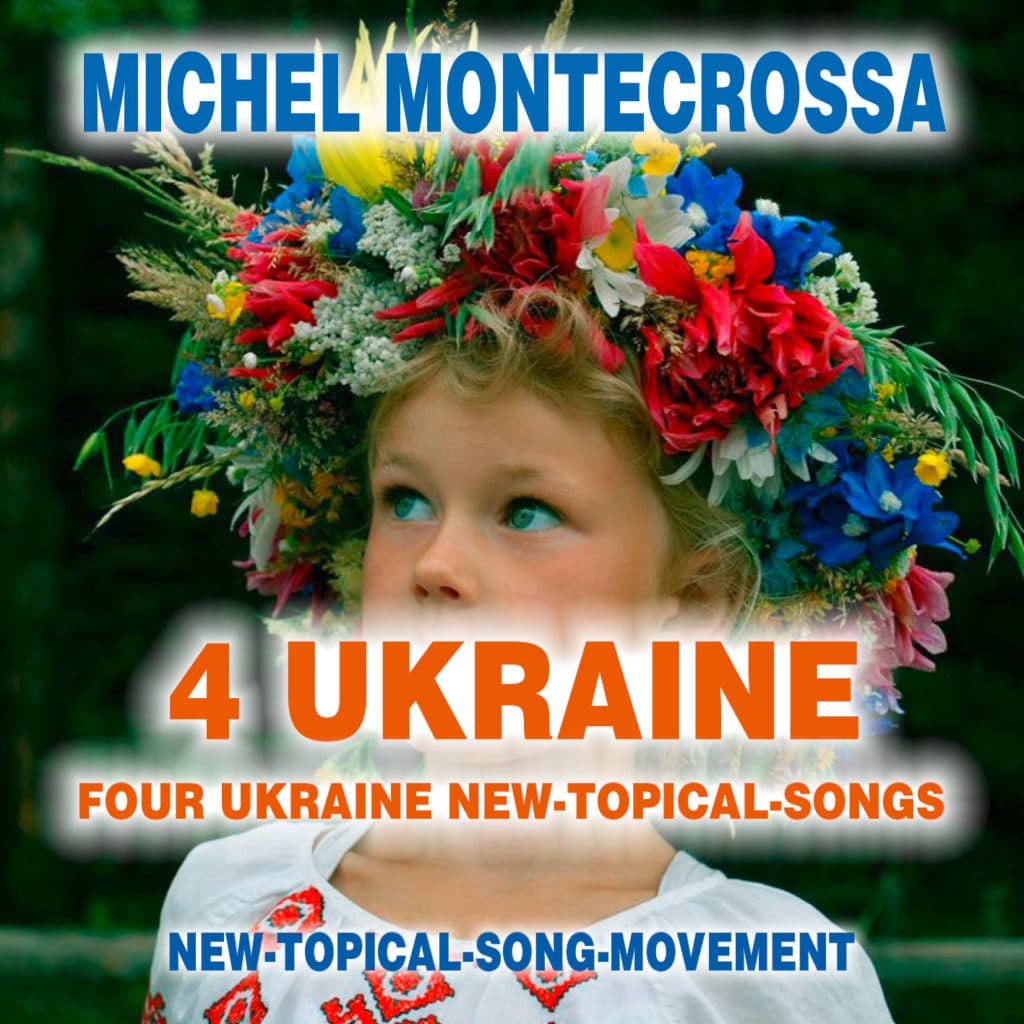 ’4 UKRAINE’ – Michel Montecrossa’s four Ukraine New-Topical-Songs & Movies showing the solution for the Ukraine crisis are released by Mira Sound Germany on DVD, Audio-CD and Download. The ’4 UKRAINE’ New-Topical-Songs were written by Michel Montecrossa for the time when Angela Merkel, Barack Obama and Vladimir Putin were standing on the crossroads of history and had to decide to show true statesmanship. Michel Montecrossa sees that the Ukraine crisis is not an isolated crisis of the state of Ukraine but rather the urgent call for closing the relation-gap between EU and Russia by establishing a confederative Eurasian Union and free trade-zone along with the transatlantic free-trade treaty between EU and USA. The Ukraine needs to be embedded in a tension-free Eurasia with free economic access to EU, Russia and all other states as well as USA. Then the danger of division, civil war and even world war would be dissolved and a prosperous Eurasia and USA could move toward a new and peaceful era of positive international relations on the way to the United States of Planet Earth.

Michel Montecrossa says:
“The collection of four Ukraine New-Topical-Songs & Movies with the title ‘4 Ukraine’ takes a strong and positive stand for the people of Ukraine and for the closing of the communication-gap between the EU, Russia and USA.
‘4 Ukraine’ looks forward to the coming of the Eurasian Union and free-trade zone together with the transatlantic free-trade treaty between EU and USA that are the effective answer to the problems created by nationalism and superpower domination games.
‘4 Ukraine’ features the New-Topical-Songs
‘TALKING UKRAINE CRISIS, EURASIA AND U.S.A.’,
‘TALKING EU & USA SANCTIONS AGAINST RUSSIA’,
‘TALKING UKRAINE SOLUTION’,
‘TALKING UKRAINE, E.U., RUSSIA, CHINA AND THE U.S.A.’
as stimulations for non-propagandistic free-mind thinking and application of humanity oriented value-action.”