On The Dhammapada, Vol. 6 - The Good Deed and the True Wisdom 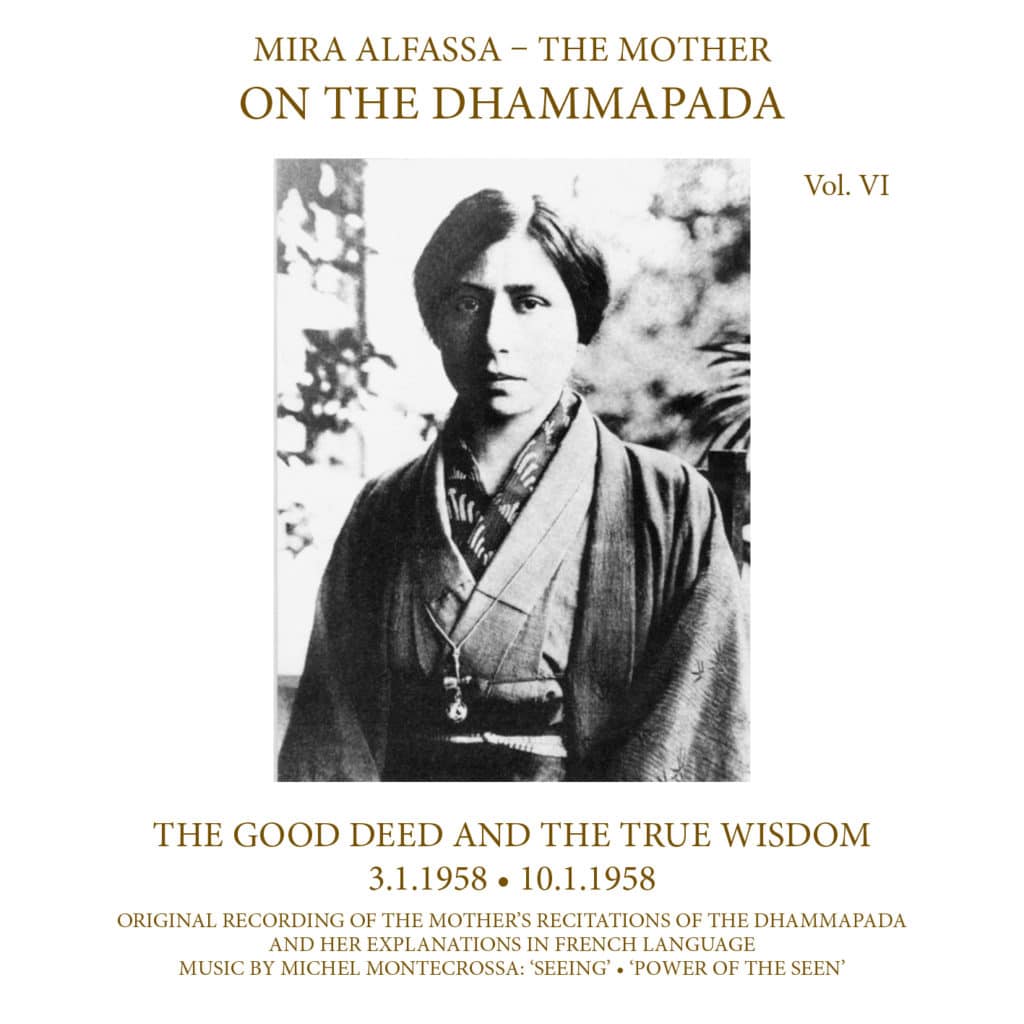 Original recording of The Mother’s recitations of the Dhammapada and her Explanations in French language.
Music by Michel Montecrossa: ‘Seeing’ • ‘Power of The Seen’

“Every good and kind deed brings light, restfulness, joy–
the sunshine in which flowers bloom.”
Mira Alfassa – The Mother

“It is in the pure Truth that you will find your satisfaction and the reward of all your efforts.”
Mira Alfassa – The Mother