On The Dhammapada, Vol. 12 - The Flowers 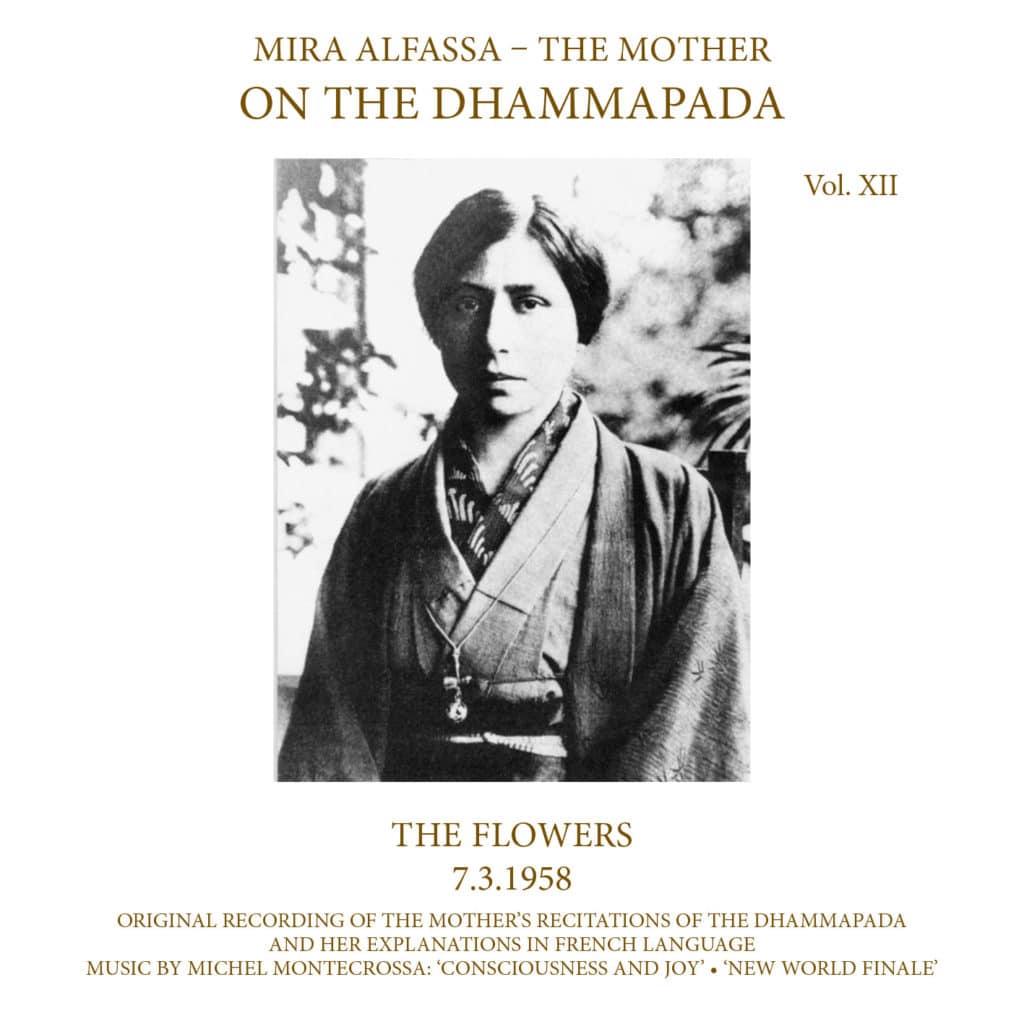 Original recording of The Mother’s recitations of the Dhammapada and her Explanations in French language
Music by Michel Montecrossa: ‘Consciousness And Joy’ • ‘New World Finale’

Who will conquer this world of illusion and the kingdom of Yama and the world of the gods? Who will discover the path of the Law as the skilled gardener discovers the rarest of flowers?

The disciple on the right path will conquer this world of illusion and the kingdom of Yama and the world of the gods. He will discover the path of the Law as the skilled gardener discovers
the rarest of flowers.

Knowing his body to be as impermanent as foam and as illusory as a mirage, the disciple on the right path will shatter the flowery arrow of Mara and will rise beyond the reach of the King of Death.

Death carries away the man who seeks only the flowers of sensual pleasure just as torrential floods carry away a sleeping village.

Death, the destroyer, overcomes the man who seeks only the flowers of sensual pleasure before he can satisfy himself.

The sage should go from door to door in his village, as the bee gathers honey from the flowers without bringing harm to their colours or their fragrance.

Just as a beautiful flower which is radiant yet lacks fragrance, so are the beautiful words of one who does not act accordingly.

Just as a beautiful flower which is both radiant and sweetly scented, so are the beautiful words of one who acts accordingly.

Just as many garlands can be made from a heap of flowers, so a mortal can accumulate much merit by good deeds.

No fragrance, not even that of sandalwood or incense, nor of the lotus nor of jasmine, can be compared with the fragrance of intelligence.

Weak is the fragrance of incense or sandalwood compared to that of a virtuous man which reaches up to the highest of divinities.

Mara cannot discover the way that those beings follow who lead a life of perfect purity and who are liberated by their total knowledge.

As the beautiful scented lily rises by the wayside, even so the disciple of the Perfectly Enlightened One, radiant with intelligence, rises from the blind and ignorant multitude.

“Whatever may be the past, whatever may be the faults committed, whatever the ignorance in which one might have lived, one carries deep within oneself the supreme purity which can translate itself into a wonderful realisation. The whole point is to think of that, to concentrate on that and not to be concerned with all the difficulties and obstacles and hindrances. Concentrate exclusively on what you want to be, forget as entirely as possible what you do not want to be.”