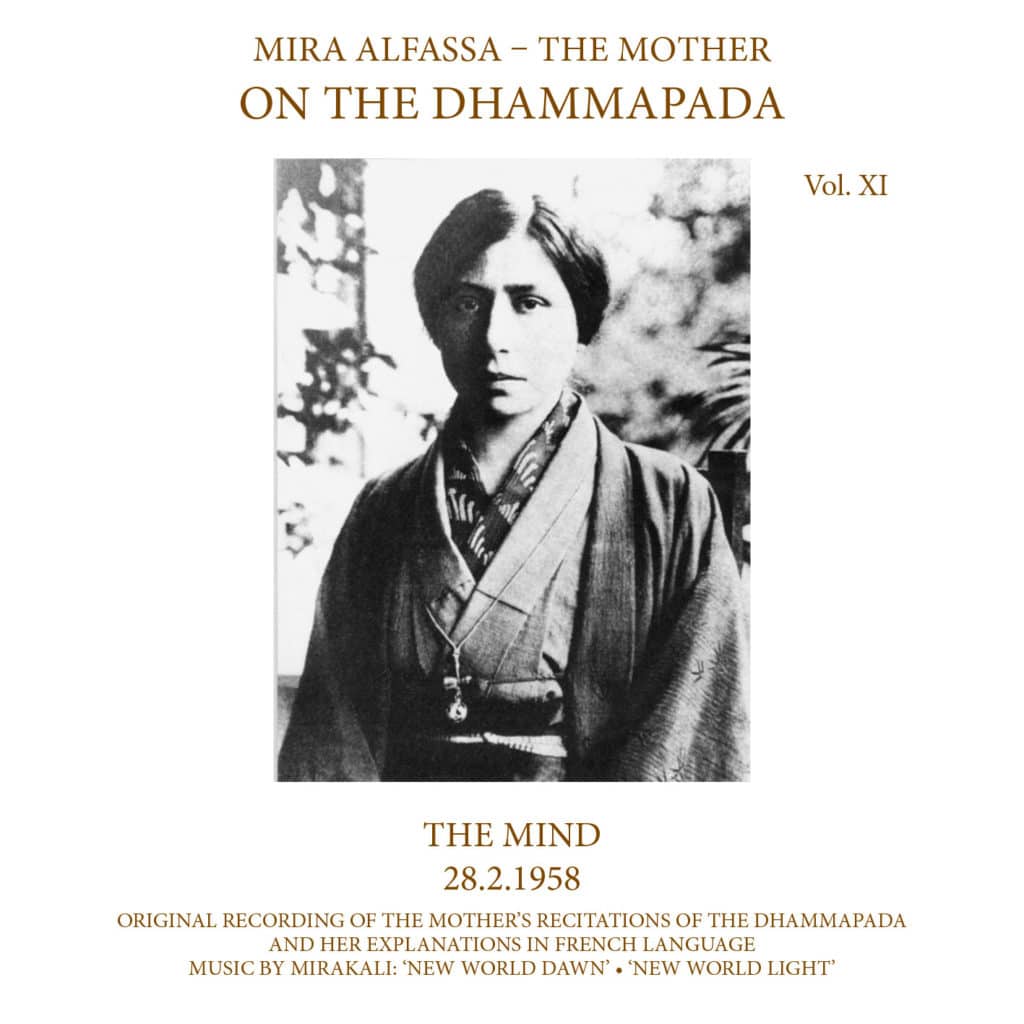 Original recording of The Mother’s recitations of the Dhammapada and her Explanations in French language.
Music by Mirakali: ‘New World Dawn’ • ‘New World Light’

Just as a fish cast out of the water, our mind quivers and gasps when it leaves behind the kingdom of Mara.

Difficult to master and unstable is the mind, forever in search of pleasure. It is good to govern it. A mind that is controlled brings happiness.

The sage should remain master of his thoughts, for they are subtle and difficult to seize and always in search of pleasure. A mind that is well guided brings happiness.

Wandering afar, solitary, bodiless and hidden in the deep cave of the heart, such is the mind. Whosoever succeeds in bringing it under control liberates himself from the fetters of Mara.

The intelligence of one whose mind is unstable, who is ignorant of the true Law, and whose faith is wavering will never be able to develop.

If a man’s thoughts are not agitated, if his mind is not troubled by desire, if he no longer cares for good and evil, this man, wide awake, knows nothing of fear.

Observing that the body is as fragile as a jar, and fortifying the mind like a city at arms, one should attack Mara with the blade of intelligence and should guard carefully whatever has been won.

Before long this body will be lying on the earth, abandoned, as lifeless as a piece of old wood.

Whatever an enemy may do to an enemy, whatever a hater may do to a hater, the harm caused by a misdirected mind is even greater still.

Neither mother nor father nor any other kinsman can do so much good as a well-directed mind.
Dhammapada

“The mind has a power of deception in its own regard which is incalculable. It clothes its desires and preferences with all kinds of wonderful intentions and it hides its trickeries, resentments and disappointments under the most favourable appearances. To overcome all that, you must have the fearlessness of a true warrior, and an honesty, a straightforwardness, a sincerity that never fail.”
Mira Alfassa – The Mother