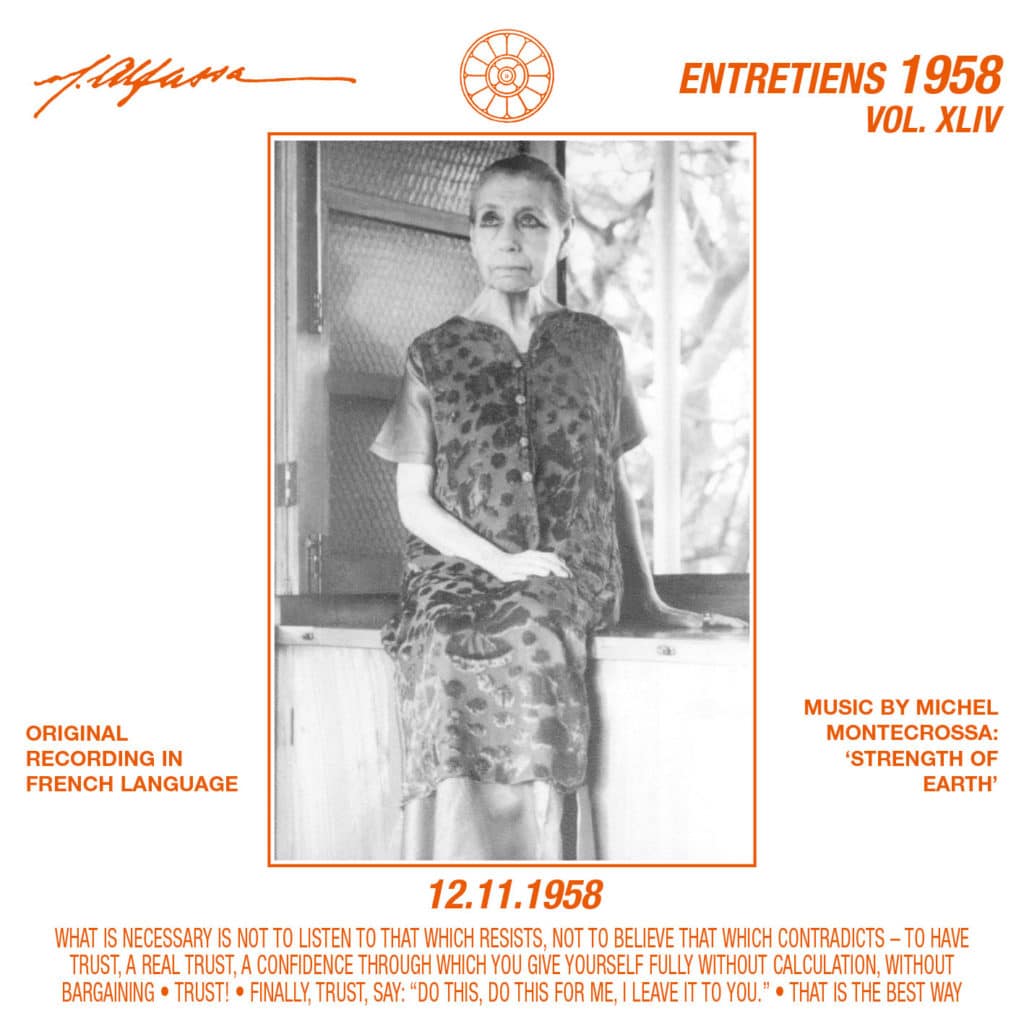 12.11.1958
If one goes to the very depth of things, if, stripped clean not only of all egoism but also of the ego, one gives oneself totally, without reserve, so completely and disinterestedly that one grows capable of understanding the plan of the Lord, then one knows it is not a bad joke, not a tortuous path to come back, a little battered, to the starting-point • on the contrary, it is just to teach the entire creation the joy of being, the beauty of living, the grandeur of living, the majesty of a sublime life, and the perpetual growth, perpetually progressive, of that joy, that beauty, that grandeur • So, everything has a meaning, then one no longer regrets having struggled, suffered, one has only the enthusiasm to realise the divine goal, and one plunges headlong into the realisation with the certitude of the goal and victory • But to know that one must stop being egoistic, being a separate person doubled up on oneself and cut off from the supreme origin • That is what must be done: to cast off one’s ego • Then one can know the true goal – and this is the only way! • To cast off one’s ego, to let it fall off like a useless garment • The result is worth the efforts that must be made • And then, one is not all alone on the way • One is helped, if one has trust • If you have had even a second of contact with the Grace – that marvellous Grace which carries you away, speeds you on the path, makes you even forget that you have to speed up – if you have had only a second’s contact with that, then you can make an effort not to forget • And with the candour of a child, the simplicity of a child for whom there are no complications, give yourself to that Grace and let it work • What is necessary is not to listen to that which resists, not to believe that which contradicts – to have trust, a real trust, a confidence through which you give yourself fully without calculation, without bargaining • Trust! • finally, trust, say: “Do this, do this for me, I leave it to You.” • That is the best way