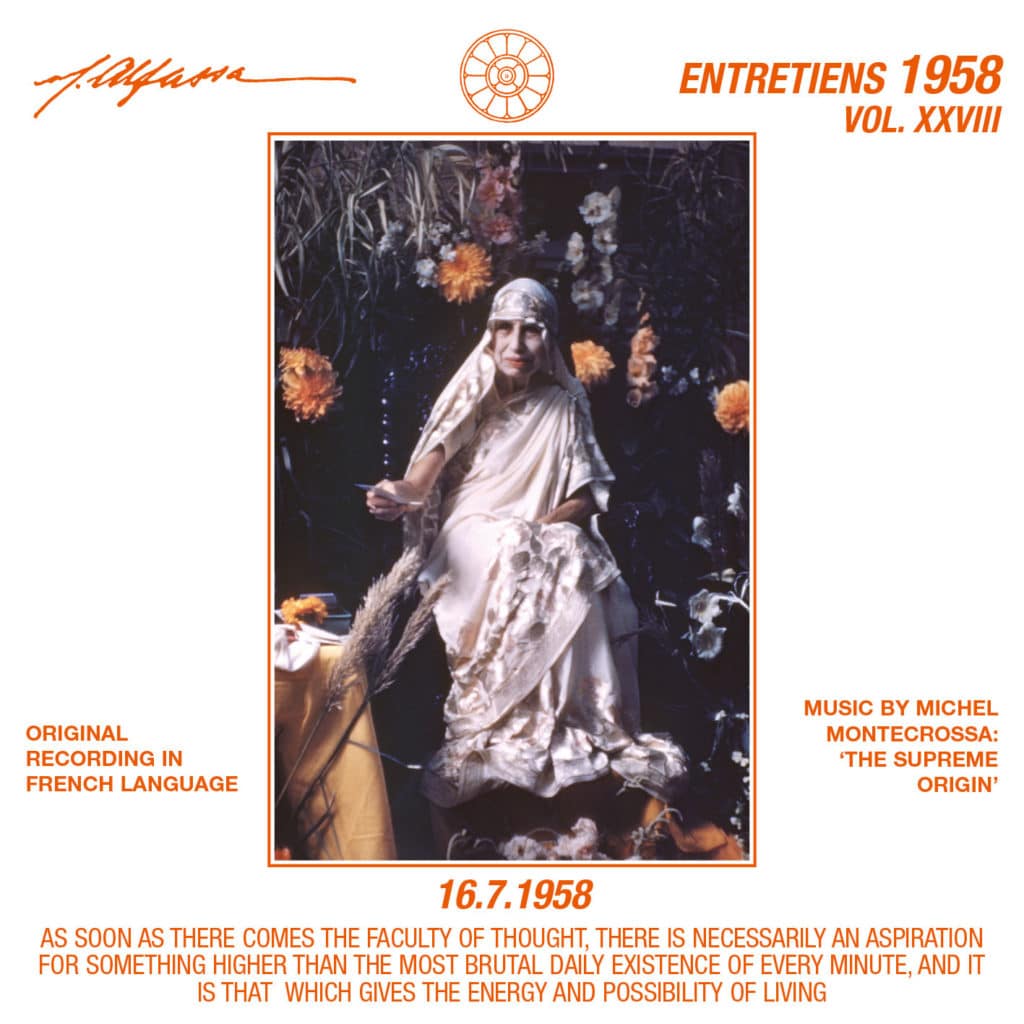 16.7.1958
Every political or social idea is a sort of lower expression of an ideal which is a rudimentary religion. As soon as there comes the faculty of thought, there is necessarily an aspiration for something higher than the most brutal daily existence of every minute, and it is that which gives the energy and possibility of living • Of course, when speaking of religion, if one means the recognised religions, truly everyone has his own religion, whether he knows it or not, even when he belongs to those great religions that have a name and a history. It is certain that even if one learns dogmas by heart and submits to a prescribed ritual, everybody understands and acts in his own way, and it is only the name of the religion that is the same, but this very religion is not the same with all the individuals who think they are practising it • it may be said that without some expression of this aspiration for the Unknown and the best, human existence would be very difficult. If there were not at the heart of every being the hope of something better (of whatever kind) he would with difficulty find the necessary energy to continue living.