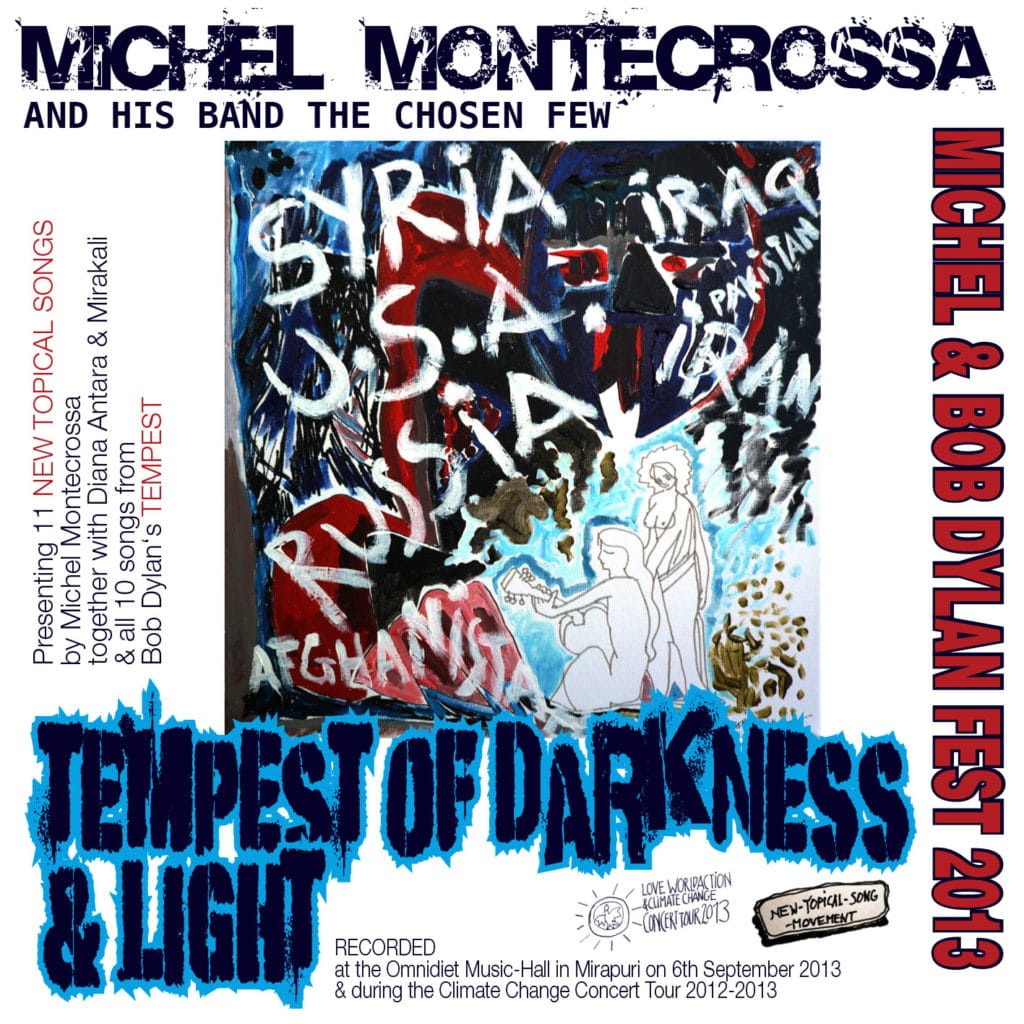 Michel Montecrossa about the Michel & Bob Dylan Fest 2013 ‘Tempest Of Darkness & Light’: “I am part of the Free Music Revolution. Bob Dylan is part of the established music industry. Both of these worlds can unite in the Spirit of Art and Music which is the beautiful child of the Ideal of Human Unity. It is there where Michel Montecrossa meets Bob Dylan and it is this Ideal that stands behind the ‘Tempest Of Darkness & Light’.”