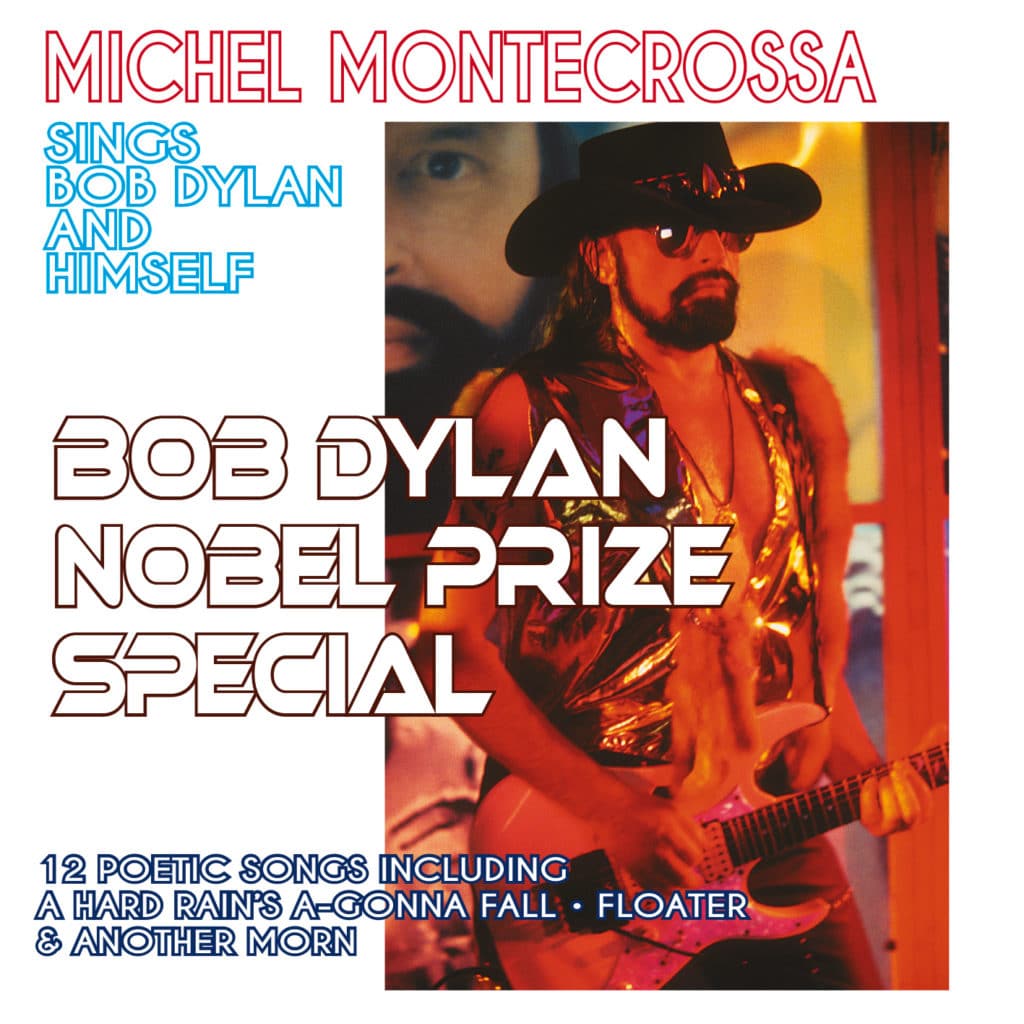 ‘Bob Dylan Nobel Prize Special – Michel Montecrossa sings Bob Dylan and Himself’ is released by Mira Sound Germany on Audio-CD, DVD and as Download celebrating the awarding of the Nobel Prize in Literature to Bob Dylan “for having created new poetic expressions within the great American song tradition” 10th December 2016 (followed by Bob Dylan’s acceptation of the Nobel Prize for Literature in April 2017) in Stockholm, Sweden. The ‘Bob Dylan Nobel Prize Special – Michel Montecrossa sings Bob Dylan and Himself’ presents the outstandingly revealing performances of 8 Bob Dylan songs, 1 Robbie Robertson song and 3 Michel Montecrossa songs all played by Michel Montecrossa and his band The Chosen Few including Bob Dylan’s legendary songs ‘A Hard Rain’s A-Gonna Fall’, ‘Chimes Of Freedom’ and ‘I’ll Keep It With Mine’ as well as Robbie Robertson’s ‘Golden Feather’ and Michel Montecrossa’s ‘Another Morn’.
Robbie Robertson for many years played guitar for Bob Dylan and was an important co-creator of the typical band sound that accompanied Bob Dylan’s song music on its way to international fame. Michel Montecrossa today is one of the most important voices for new interpretations of Bob Dylan songs. He by now has recorded all the official releases of Bob Dylan songs as well as unreleased songs and songs of other artists which Dylan performed during his concerts and presents every year at the famous Spirit of Woodstock Festival in Mirapuri, Italy a special day dedicated to the songs of Bob Dylan under the title ‘Michel Montecrossa’s Michel & Bob Dylan Fest’. Michel Montecrossa himself is a great 21st century New-Topical-Song writer, musician and composer who created more than 2500 songs and modern-classical symphonies and also is the author of many fiction, philosophy and poetry books as well as producer and director-actor of futuristic Cybermovies. Michel Montecrossa furthermore works as revolutionary artist presenting a continuous flow of paintings and drawings which can be seen in permanent exhibitions in Germany as well as in Italy. As an active humanitarian consciousness researcher he has founded Mirapuri, the City of Peace and Futureman in Europe, Italy as an open-ended experiment for human evolution.
The song ‘A Hard Rain’s A-Gonna Fall’ which is the opening song of the ‘Bob Dylan Nobel Prize Special – Michel Montecrossa sings Bob Dylan and Himself’ was also performed as the opening of the Nobel Prize Award Ceremony. On that occasion it was sung by Patti Smith. Michel Montecrossa’s orchestral interpretation of ‘A Hard Rain’s A-Gonna Fall’ is based on Bob Dylan’s own orchestral version of the song which he staged during the ‘Great Music Experience Festival’ 1994 in Japan.

Michel Montecrossa says about the ‘Bob Dylan Nobel Prize Special – Michel Montecrossa sings Bob Dylan and Himself’:
“I see the awarding of the Nobel Prize in Literature 2016 to Bob Dylan (followed by Bob Dylan’s acceptation of the Nobel Prize for Literature in April 2017) as an historical cultural event which not only honors the written side of literature but also highlights the dimension of the art of song-poetry fusion which in fact is much older than written literature and in the future is ever more bound to gain a mind-staggering planetary importance for the growth of human intelligence and expansion of consciousness experience.”

Bob Dylan says in his statement for the Nobel Prize Award Ceremony (read out by the United States Ambassador to Sweden Azita Raji):
“Well, I’ve been doing what I set out to do for a long time, now.
I’ve made dozens of records and played thousands of concerts all around the world. But it’s my songs that are at the vital center of almost everything I do. They seemed to have found a place in the lives of many people throughout many different cultures and I’m grateful for that.
Not once have I ever had the time to ask myself, “Are my songs literature?”
So, I do thank the Swedish Academy, both for taking the time to consider that very question, and, ultimately, for providing such a wonderful answer.
My best wishes to you all.”